The Mechanical Engineering Students’ Association (MESA) of the Institute of Technology at Nirma University inaugurates the 5th edition of Praveg on October 12, 2022. Praveg is a Techno Management Symposium and the flagship event of MESA with a focus on “Know Our Forces”. The Chief Guest of the event was Air Marshal Vikram Singh, AVSM VSM, AOCC, South Western Air Command of the Indian Air Force. 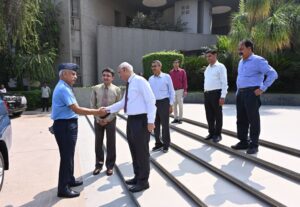 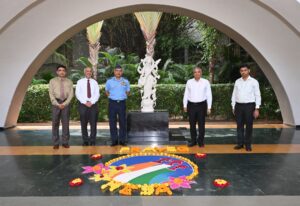 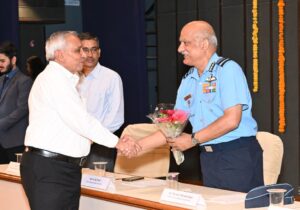 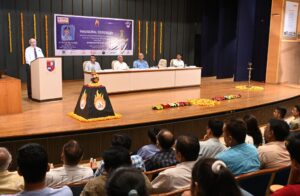 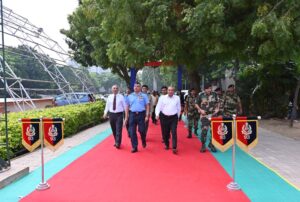 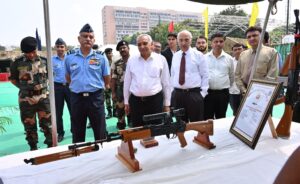 An exhibition of advanced weapon and artillery was organized by Border Security Force and an Induction Publicity Exhibition Vehicle (IPEV) of Indian Air Force with aircraft simulator was positioned at the campus of Nirma University. The exhibition was open for the two days of Praveg22. More than 3000 people including college students, school students and faculty members visited the exhibition. 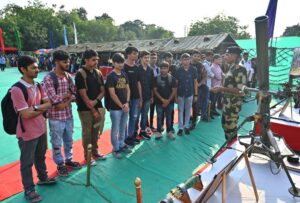 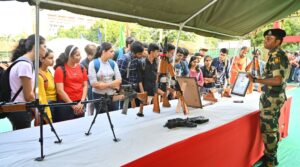 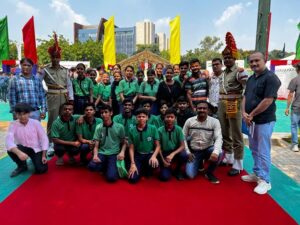 More than 35 specially abled (hard of hearing) students along with their teachers were brought to the campus of Nirma University. They were guided to visit the advanced weapon and artillery exhibition. Also, a drawing competition was organized for them. 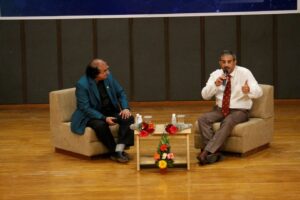 Four Talk Shows were organized during the two days, with following Guest Speakers.

More than 1500 students attended the Talk Shows. The participants got inspired by the words of the eminent personalities. 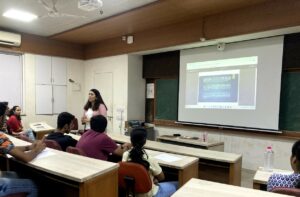 Following workshops with more than 200 participants were organized during the two days.

Other than the workshops, technical & non-technical events like Debate, Quiz, Gaming, Talent Hunt, Treasure Hunt, Mechanical Design, Hackathon and many more were organized with more than 700 participants. 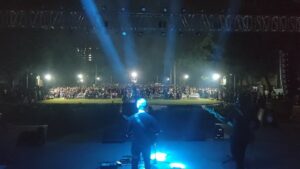 A cultural show was organized at the end of the event (13th October, 8 pm) in which a group of Border Security Force presented a bhangda performance. After the bhangda performance, Meghdhanoosh band performed Gujarati folk songs. More than 1000 students enjoyed the cultural evening.